The perfect event begins with an experienced, professional team dedicated to your every need.

The perfect event begins with an experienced, professional team dedicated to your every need. William is responsible for leading the day to day operations of the Campus Food Service (CFS) organization and Rich’s Catering and Special Events under the Rich Entertainment Group. As graduate of the Culinary Institute of America ’02, Will has grown into his leadership role over the past 20+ years with Rich’s. He began his career at Rich’s as a Sous Chef ’02 and was quickly promoted to Executive Sous Chef “03. He then took over the Executive Chef role in ’05 and finally overall leadership in ’08.

As executive chef “Chef William” is responsible for menu development and the overall operation for Campus Food Service, including Rich’s Catering & Special Events, Dolly’s Café, Meeting Services, and Cookie Patisserie and Bakery. His use of modern cooking equipment, proper technique and high standards has helped develop Rich’s Catering and Special Events as the leader in upscale catering in the Western New York area. In addition to his Buffalo responsibilities, William oversees the operation of Rich’s Florida restaurants (Green Turtle Inn & Kaiyo Grill) and leverages his skills and talents to ensure consistency with our culinary and customer relations standards.

William has staged at several NYC establishments such as Aureole, Restaurant Jo-Jo and Union Pacific. He continues his education through the CIA continuing education classes that Rich’s holds each year as well as on his own. He has cooked and worked with many CIA alumni and board members over his past 20+ years and credits the CIA for his success. Jasmine’s lifelong career in baking began as a child, mastering traditional family recipes long before she achieved her Associate Degree in Culinary Art and Certificate in Pastry. Over the last twenty years, her expertise has grown to include working in high-volume store fronts such as Wegmans and Tops, village bakeshops like Elm Street Bakery, and artisan boutiques such as Zillycakes. She also contributed her creativity, dedication and talent to a team that earned recognition from industry titan & reality TV personality Bartolo “Buddy” Valastro during Canada’s Baking & Sweets Show in Toronto. Jasmine has brought her in-depth knowledge and skill, in addition to two members from the team who participated in the Canadian bake show, to Frost Artisan Bakery where she now serves as the Executive Pastry Chef. Jasmine has revitalized the bakery to deliver classic, custom and seasonal offerings in her own unique style. It’s her passion to give every customer a happy, comforting memory with every dessert and pastry she creates. 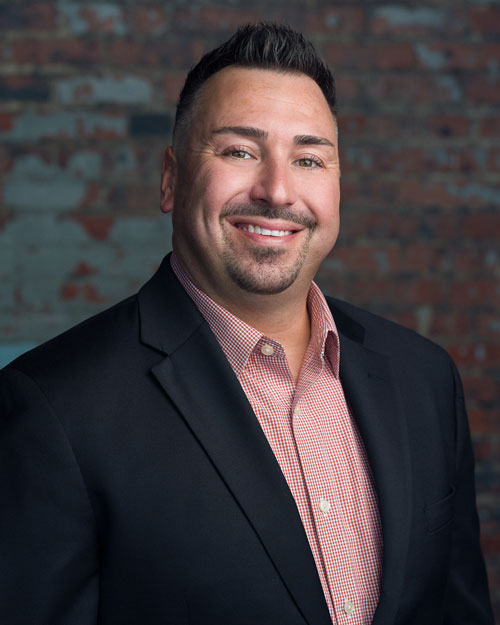 Steve has been an invaluable part of the Rich’s family for more than 20 years, 15 years as the Catering Sales Manager and the past 5 years as the Director of Catering & Event Planning for Rich’s Catering & Special Events. While primarily overseeing the execution of events at The Powerhouse by The Rich Entertainment Group, Steve also manages a team of Catering Sales Managers, Event Coordinators, and staff for both on and off premise events that would include weddings, special occasions, large scale galas, and high-profile events. His vast knowledge and experience have gained an indelible notoriety within the hospitality and catering industry. It’s no wonder he has become the most recognized name and the trusted first choice in Buffalo. Steve is infamous for staying on top of industry trends, technology, and event design and décor. His creative and innovative insight along with his flawless attention to detail creates nothing short of delivering a one-of-a-kind, five-star exceptional Rich Experience. Jennifer joined the Rich’s Catering & Special Events team in January 2017.  After graduating from the Hospitality Program at Buffalo Stage College, Jennifer moved to pursue a career in event planning in North Carolina, but returned back to her home roots.  She is responsible for all off premise and drop off catering, specializing in weddings, galas and corporate events.  Her knowledge, passion, and attention to detail have made her an invaluable asset to Rich’s Catering & Special Events.  Jennifer takes extreme pride in being a leader in the top premier catering company in Buffalo. Maureen graduated from Niagara University with a degree in Hospitality and has more than 10 years of experience in the industry.  She began her career in 2011 as a Banquet Server at Rich Products in the catering department. She went on to spend nearly five years as the Catering Sales Assistant, where she broadened her knowledge and experience in the catering and hospitality industry, before becoming a Catering Sales Manager and handling weddings and events at several off-premise venues around Buffalo. Most recently she transitioned to the Catering Sales Manager for The Atrium @ Rich’s; and is looking forward to planning and executing weddings and events in the same venue she had her wedding reception! Erin graduated from Johnson & Wales University in Charlotte, NC with a Bachelors in Food Service Management & Sports Entertainment and an Associate Degree in Baking & Pastry Arts. After graduating, Erin started her career at Rich’s and has been a part of the catering team since 2008. Her ability to successfully assume various roles has made her a valuable asset in the department. She quickly rises to the occasion taking on many tasks with enthusiasm and attention to detail. Erin will also step in as acting Manager to oversee the execution of weddings, galas and various special occasion events. 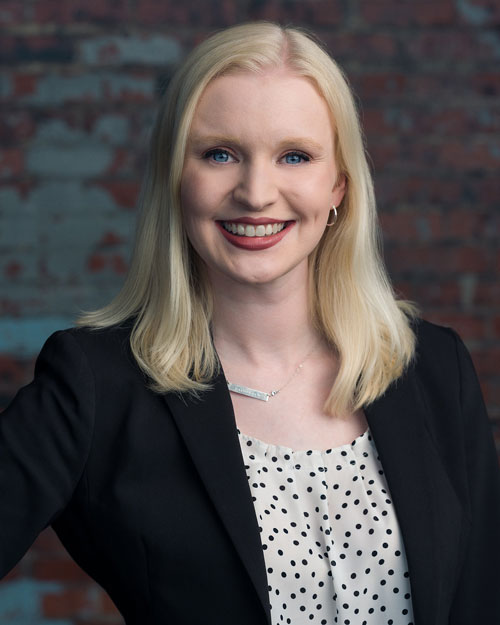 Kate began her career at Rich’s Catering & Special Events over 5 years ago while she achieved a Bachelor of Science in Event Management from Niagara University’s College Hospitality & Tourism. She quickly advanced from Banquet Server to Banquet Captain and, upon graduation, was offered a full-time career as the Catering Department’s Assistant Event Coordinator. Her organizational expertise, exceptional leadership qualities, and passion for events led to her most recent promotion to Event Coordinator. No matter her title, Kate has proven herself to excel at the coordination, management and execution of large-scale, high-class events at various on-site and off-premise locations.

Our commitment to delivering a Rich Experience at every event begins with three things: food, venue and people. Complete this form so we can learn more about you and your event. This is the first step toward a memorable event with Rich’s Catering & Special Events.

Our commitment to delivering a Rich Experience at every event begins with three things: food, venue and people. Complete this form so we can learn more about you and your event. This is the first step toward a memorable event with Rich’s Catering & Special Events.